Somewhat topical. #nbgallery
Can’t remember the last time I wore these @newbalance 670BB ‘Blueberry’ or if I have ever worn them. Needless to say, they’re one of the best 670 colourways in my opinion. 👌 #nbgallery
Something a little different from the norm, like everything just now. Been inspired by my feed recently and also my mate @morprime with his #CREATEATHOME incentive so I’ve been trying to pick up the camera each day and take at least one picture. - Always some nice morning light coming in the bedroom window as it looks East so grabbed @emmaayrton’s @ariesarise 991’s and here we are. 📸 #nbgallery #ariesarise

Following on from the teaser images and video, which was released last week, here are all the details you need to know about the upcoming hanon shop x Onitsuka Tiger x Asics “Glover Pack” collaboration, through the Family and Friends program.

Hailing from Aberdeenshire in the north east of Scotland, Thomas Glover arrived in Japan in the mid 19th century as a shipping merchant trading in green tea. Within a few years he had played a crucial part in overthrowing the establishment supplying the rebelling Samurai clans with Scottish designed ships and modern arms. As well as introducing the first steam train in Japan he was a pivotal figure in the industrialisation of the country and is today regarded as a national hero.

Inspiration for our collaboration comes about from both Thomas Glover’s Scottish roots and adopted home in Japan. 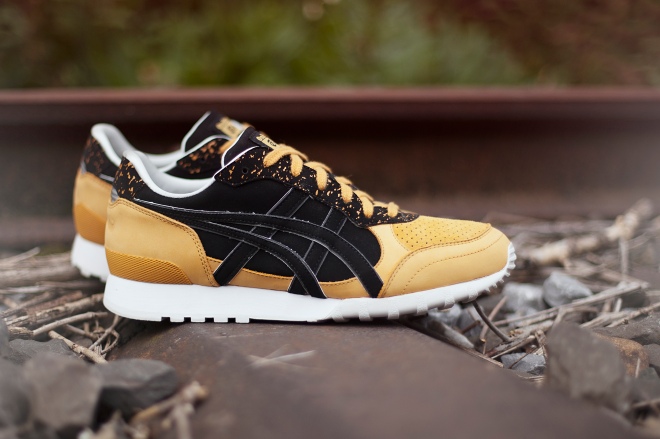 Onitsuka Tiger’s Colorado 85 is the first of the two. Inspiration for this style is drawn from Japan – the land of the rising sun. Finished in a black and golden yellow colour-way we reworked the shoe from its original trail application to a mix of lux perforated suede, nubuck and synthetic overlays. A speckled lace-stay and screened in-sock loosely depict Thomas Glover’s trading in tea whilst his iconic moustache is embossed on the heel and a shimmering silver collar lining Tiger stripes nod to the enduring influence he had in Japan’s Industrial revolution. 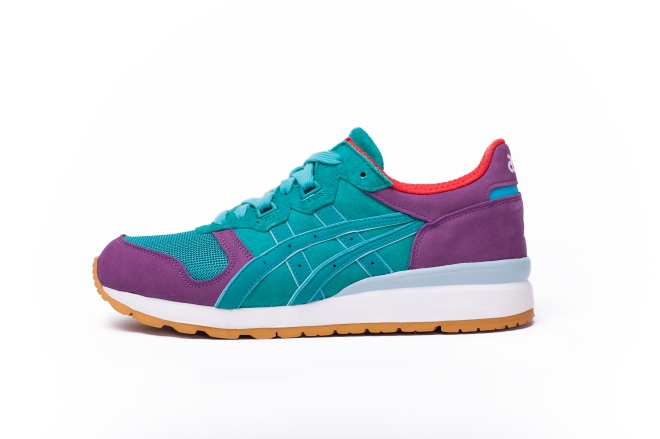 Completing the pack, hanon reworked the GEL-EPIRUS – a classic runner from the ASICS archive. Both the colour-way and application depict the thistle which is the national emblem of Scotland. Executed in a plush mix of mint green suede with purple nubuck overlays the shoe features a closed mesh vamp, red quilted collar lining and screened tartan in-sock. Attention to detail appears by way of an embossed thistle detail on the heel overlays as well as our flame called out on the footbed.

Be sure to check out more shots of both the Onitsuka Tiger Colorado 85 and Asics Gel Epirus below: 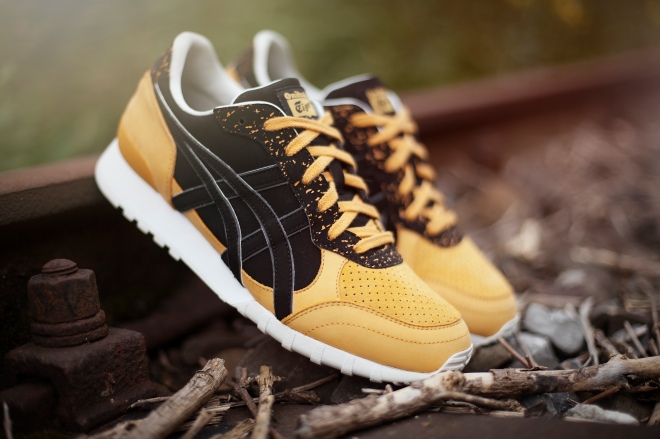 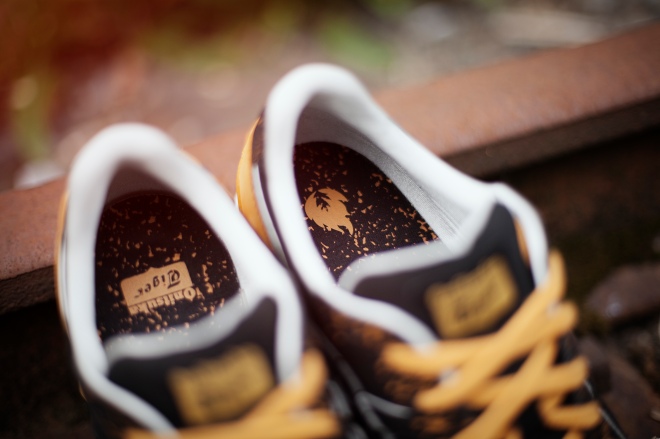 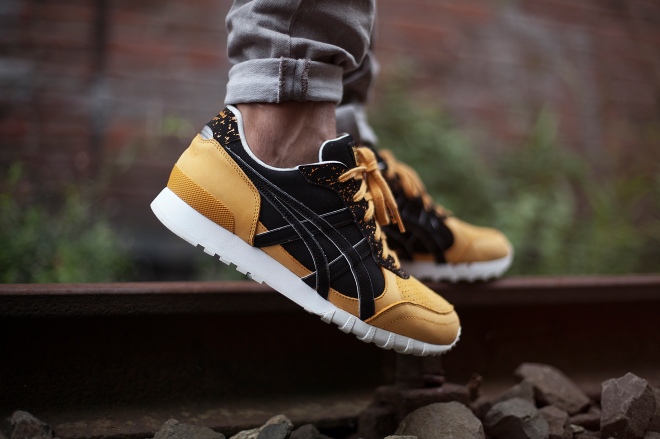 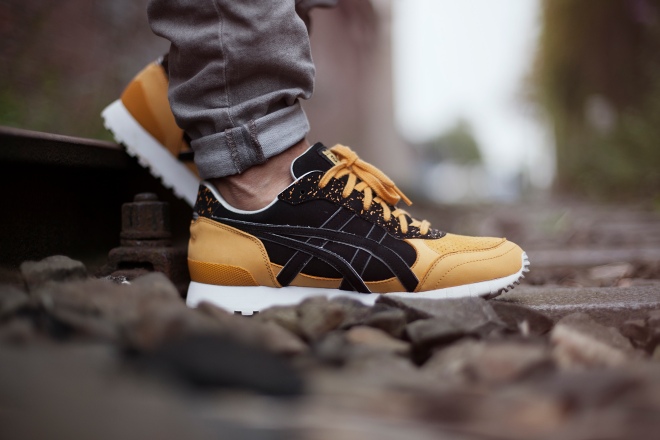