Nubuck and perforated leather. My favourite material combo and looks particularly great on the 1500 so it was an obvious choice to use it on my 1of1. - #nbgallery
On-foot look at the @newbalance RC_1300 ‘JP Washed’ by Tokyo Design Studio. - #nbgallery
@hanonshop x3 - That gold N life. - #nbgallery 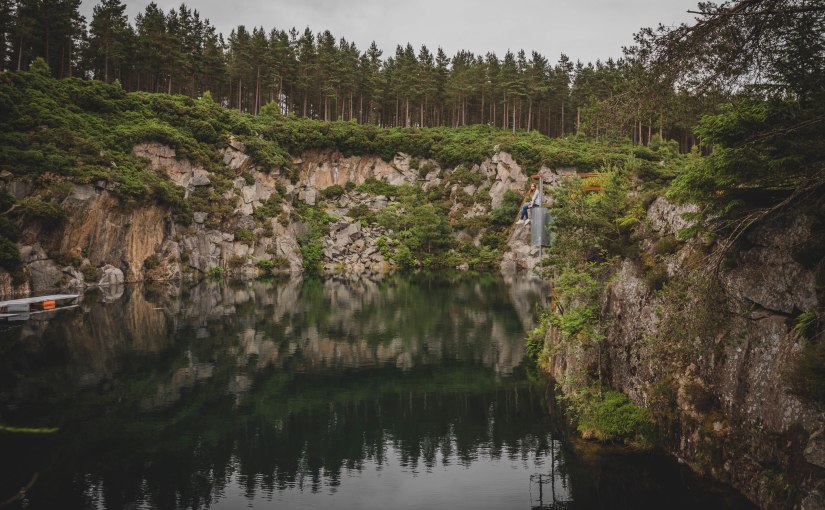 After Emma had showed me a picture of a disused quarry a couple of weeks ago, we took a drive up Inverurie way that weekend to a place called Tillyfourie where said quarry apparently was and then tried to find the place.

I lost track of how many times we actually drove through Tillyfourie to try and find where to pull in, or at least somewhere to park, but we couldn’t find anywhere, and were ready to give up and go elsewhere until we found a sign for Whitehill Stone Circle just outside Tillyfourie.

We figured that this place might at least be kind of close to the quarry and that one way or another we could get to it from here. Turns out that we were kind of right, but had to traipse through a forest for around half an hour before we got anywhere near the quarry.

After making it to a path which we were at least 80% sure led to the quarry, we headed up it for about 50m, and yes! Rightly so, there was the quarry! 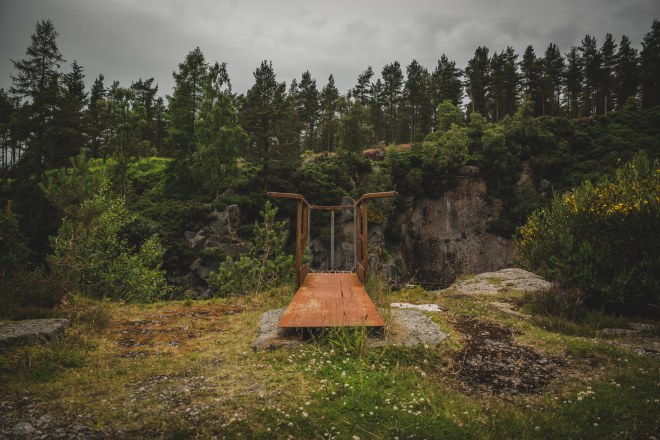 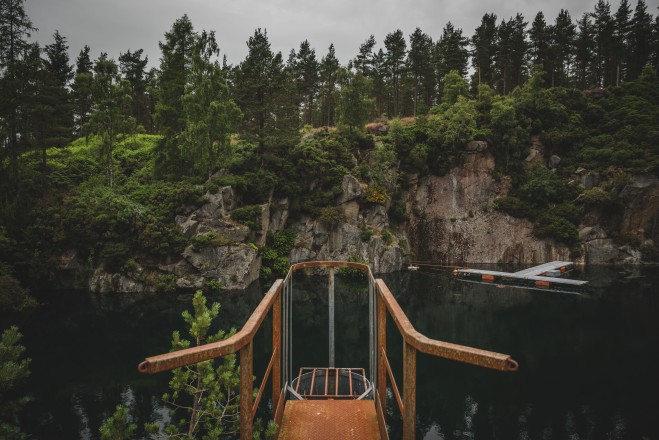 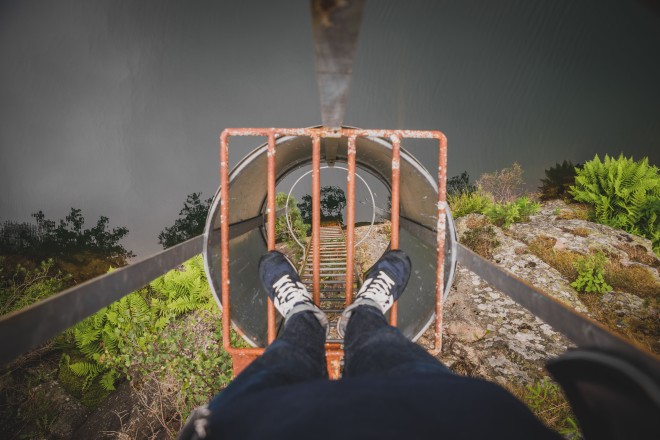 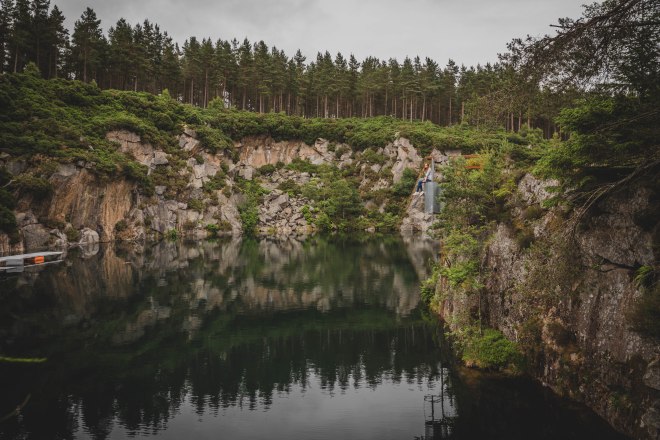 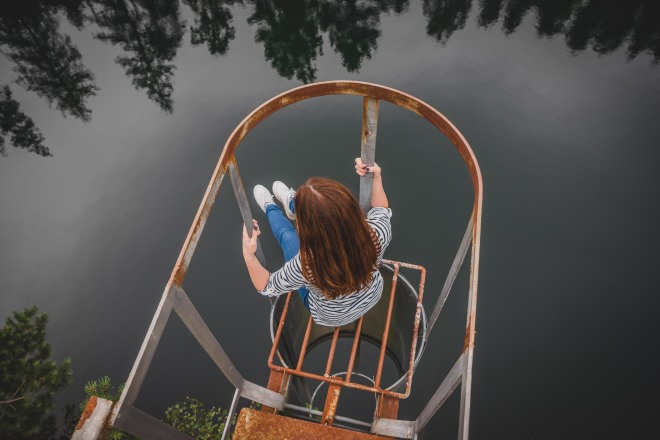 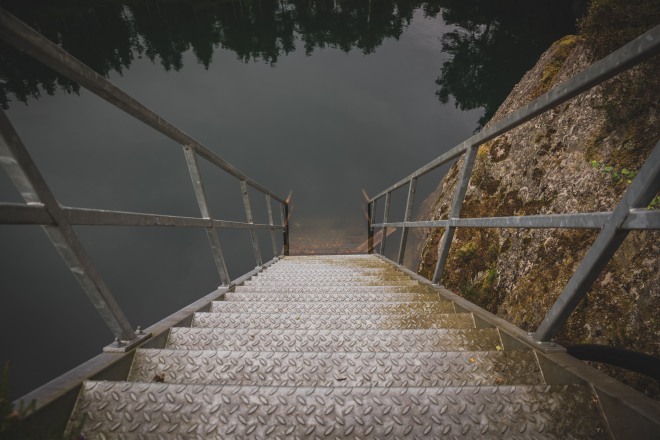 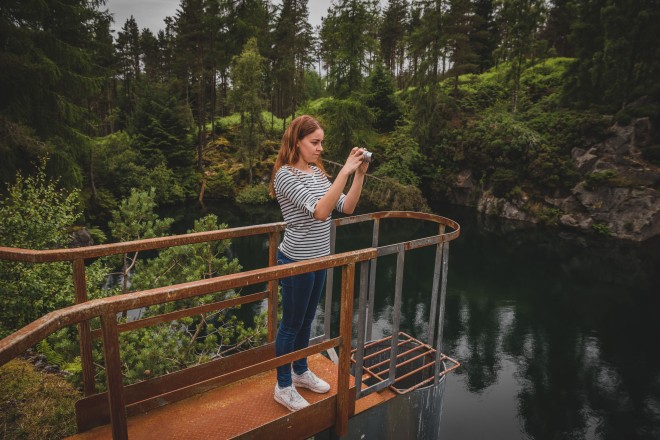 After hanging around the quarry for a bit, taking in the views and checking out the surrounding area, we headed back down the path we came up (turns out this was actually the path we should have taken in the first place), and came across some open space with old disused steelworks and portacabins, etc. 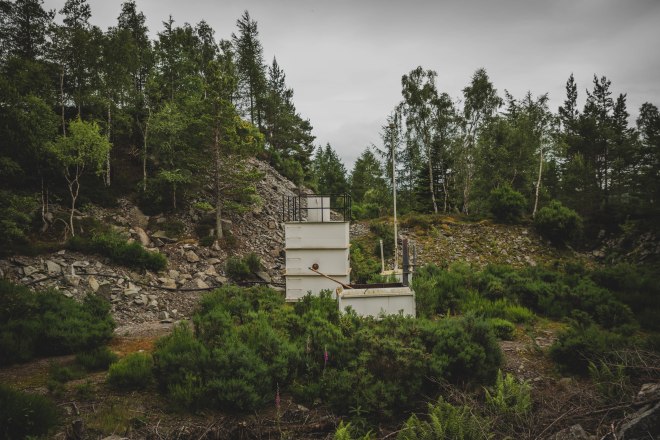 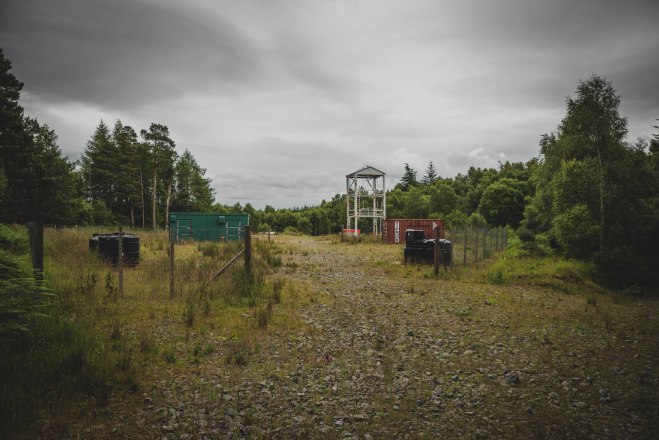 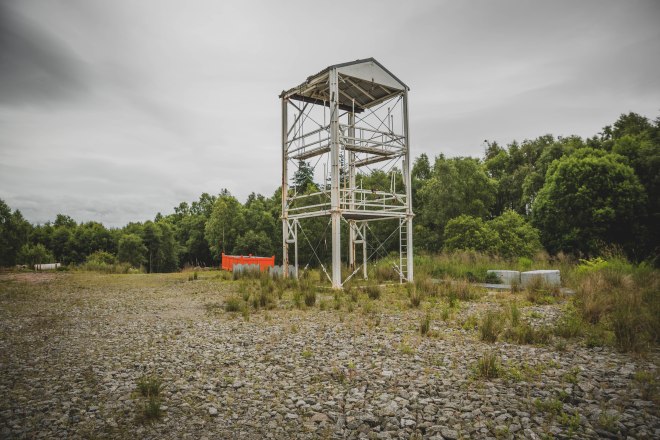