The last piece of the puzzle (I think). The M1500WWN is inspired by the MiUK M1500WN from back in the day and was the last of the reissued colourways on the 1500’s that have dropped over the last few years. I think this is one of my favourites, super wearable and clean with that white leather. 💥 - Thanks to @danbaker91 for coming through once again with the assist. #nbgallery
First time on for these MiUSA @newbalance M999CP1 x @cncpts ‘Hyannis’. Really good shoe. 🔥 #nbgallery
Checking in on another pair recently. The MiUK @newbalance M577SNS2 x @sneakersnstuff from 05 is one of the best from Peter and Erik. The colours used are simple but the colour blocking and materials used are what make these a stand out pair. 💪 #nbgallery

@daryl_chan with a great shot of the #MADEINUK 🇬🇧 @newbalance 577YP ‘Yard Pack’ 👌 The toe shape on this pair was crazy sharp! One of the best packs in recent years alongside the ‘Surplus Pack’. 🔥 - #nbgallery #nbgallery577 #newbalance #yardpack
Hi Dad! 👋 - Sometimes you’ve just got to keep things simple and these @newbalance CT1500SA are the perfect way to do that. Available via @afewstore now! 👌👀 - #nbgallery #nbgalleryct1500 #newbalance
Paperboy X New Balance . 17.01.20 . @wutangchiang in the 801 “Tataki”, 1 of 3 colourways releasing this week. . Hit @paperboyparis for more details. . #nbgallery #newbalance
Follow thomaslindie on WordPress.com 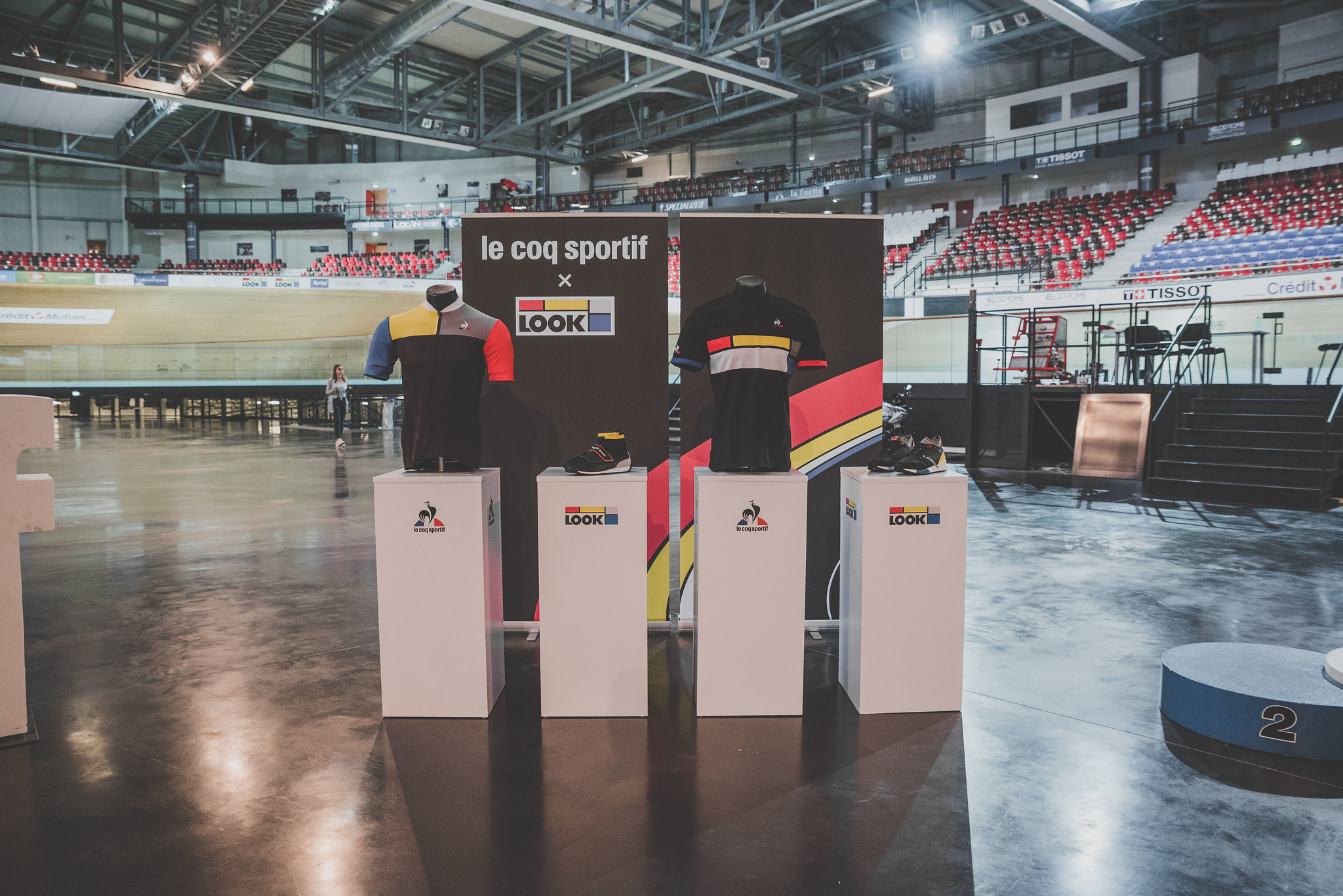 I was lucky enough to get the opportunity to head to Paris for HANON and with Le Coq Sportif to attend the Le Coq Sportif x LOOK Cycle Event, which was held at the Vélodrome de Saint-Quentin-en-Yvelines.

After some delays at Edinburgh airport, we were finally on our way to Paris and got in around mid-afternoon, before catching the train into central Paris and then heading to our hotel for the night.

That evening consisted of dinner and some drinks at a nearby restaurant with other Le Coq Sportif select accounts and Le Coq Sportif representatives, but I took it easy knowing that I was probably going to be cycling on a Velodrome the next day…

Jumping on a bus on Tuesday morning, we headed to the Vélodrome de Saint-Quentin-en-Yvelines, where we got a brief introduction, provided with breakfast, and then given a tour of the Velodrome.

We then got changed into our cycling gear (a lot of tight lycra) and got helmets, shoes, and bikes, before getting a demonstration of how to get on the bike, ride the bike, and then stop the bike. Yup, pretty basic stuff, but it was my first time on a fixed gear bike so I was concentrating fully, haha!

The rest is a bit of a blur to be fair. We were joined by some pros/French Olympic Team cyclists, and then we took our bikes up to the track and then began by following them around the lower level of the track before stopping where we began.

Then we set off again, and continued around the track while gradually getting higher up the track and around the corners, basically trying to emulate what the professionals would do. It was pretty damn demanding, but I wasn’t stopping until I had managed to go right up to the top at the corners, and man are those corners steep!

With legs like jelly, I rested up and let the second group tire themselves out before a little competition between the quickest and more experienced guys there. We headed back into Paris and killed some time before our evening flight back home.

Massive shout out to Le Coq Sportif and LOOK for the hospitality and amazing event. I always say that events where you actually partake in a cool activity are always the best, and this one proved that! Check out the official video below and some pictures I took from the event. 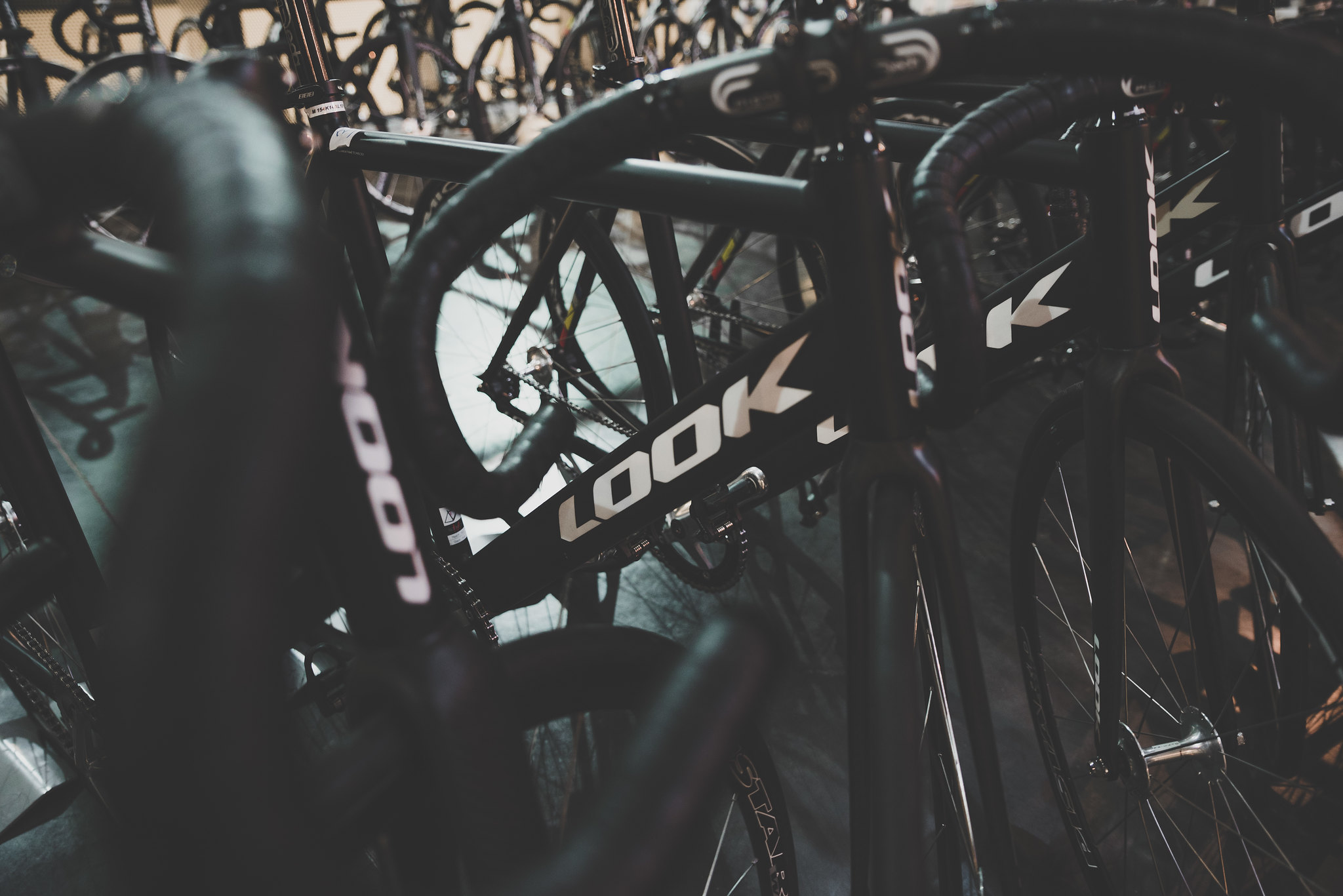 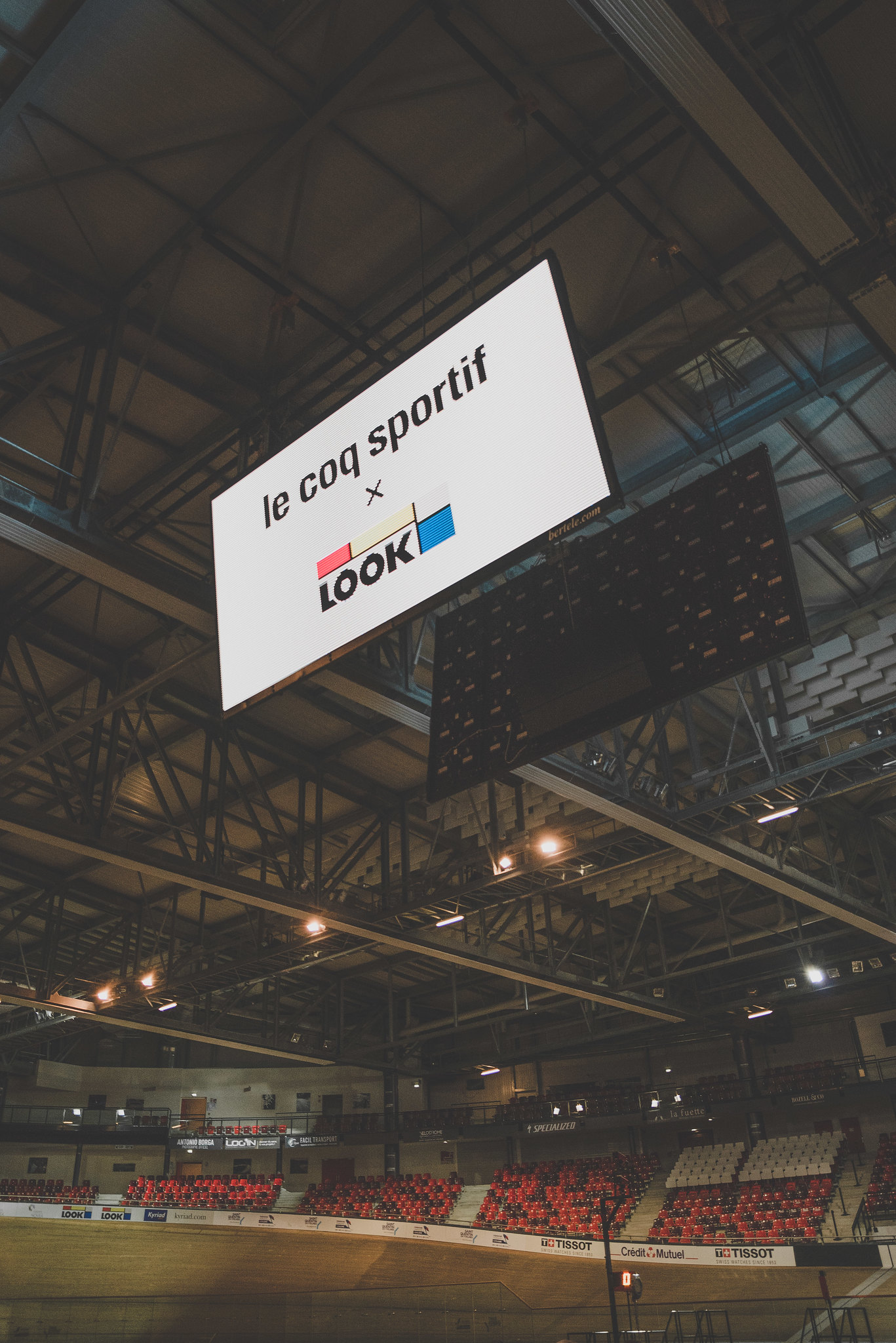 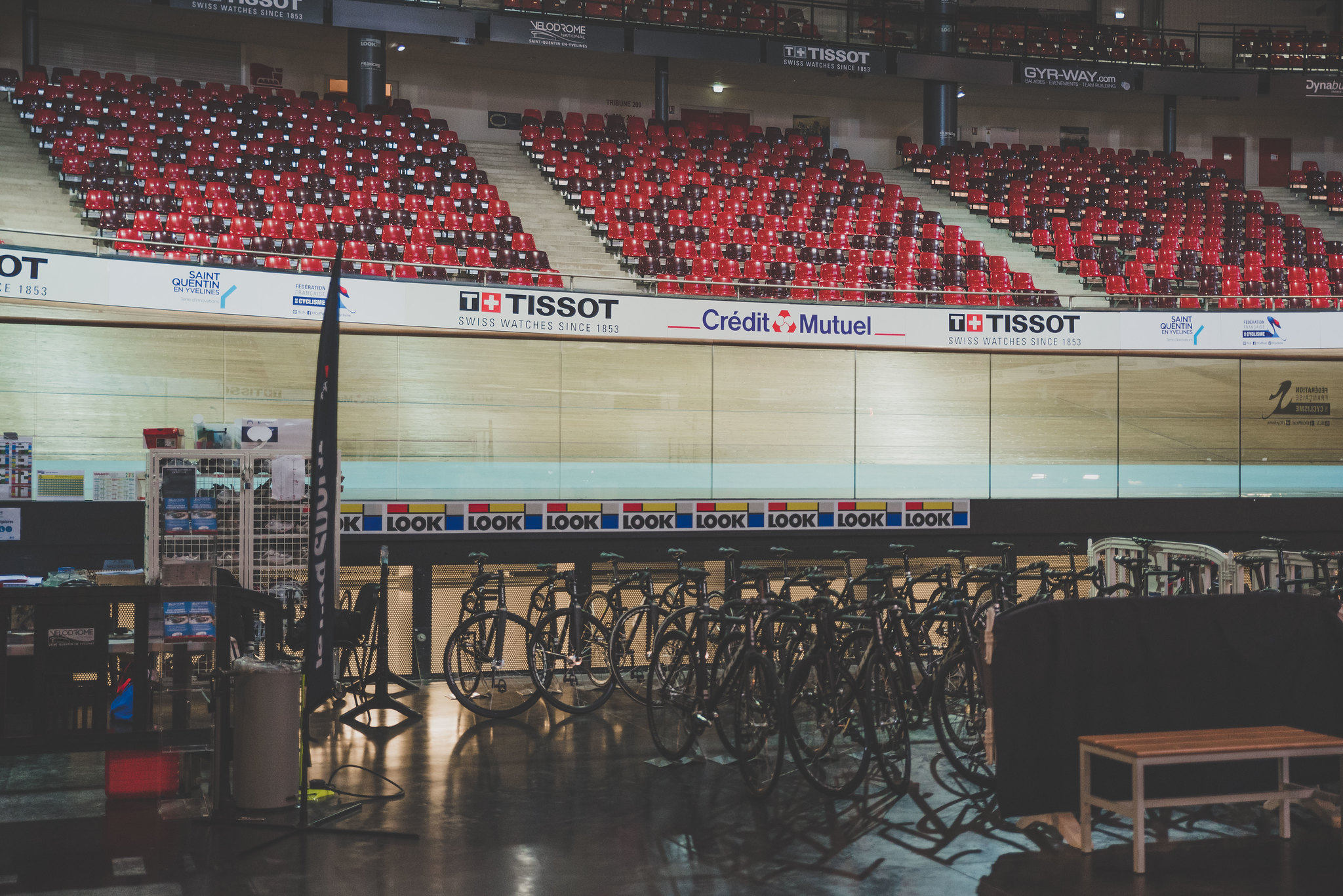 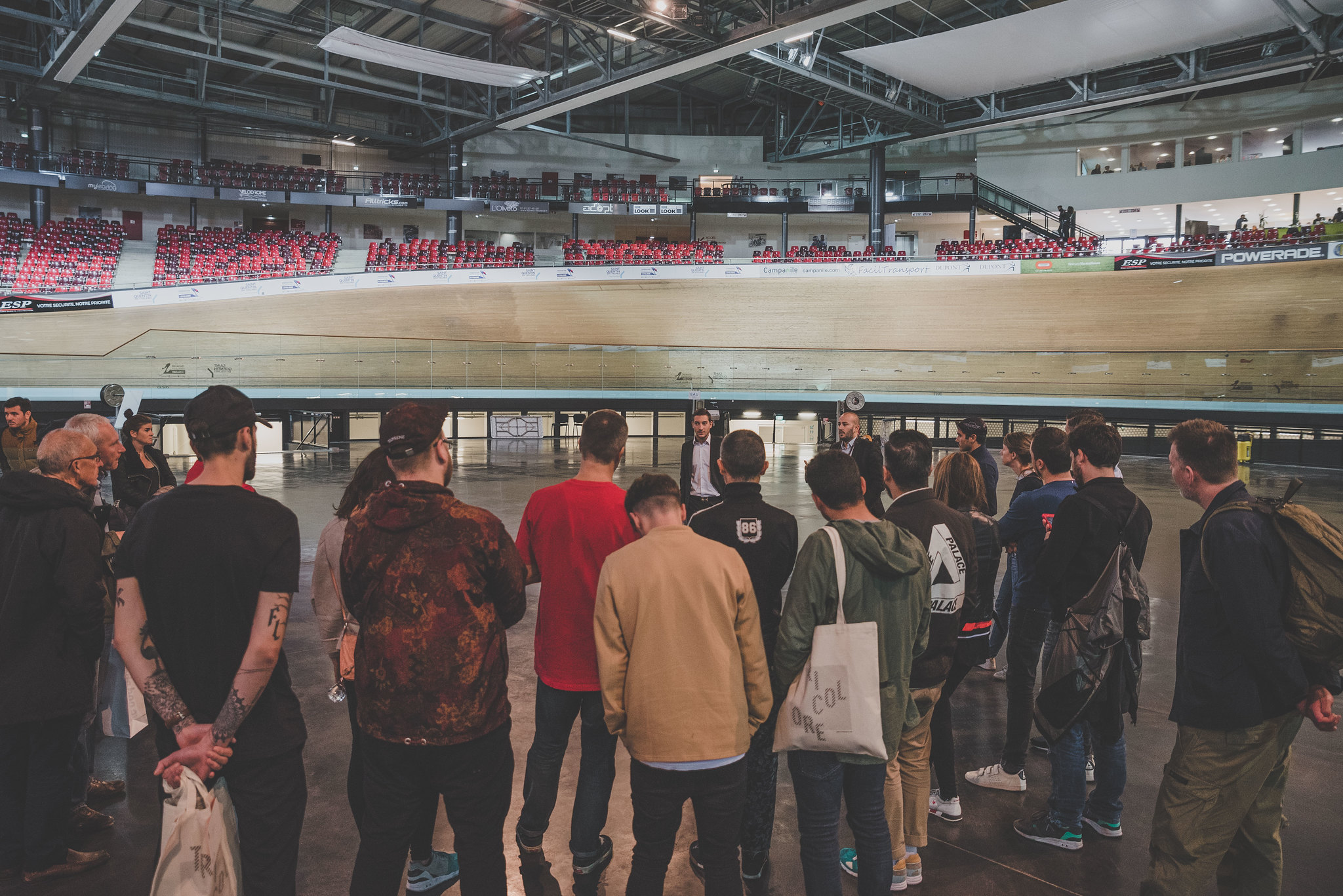 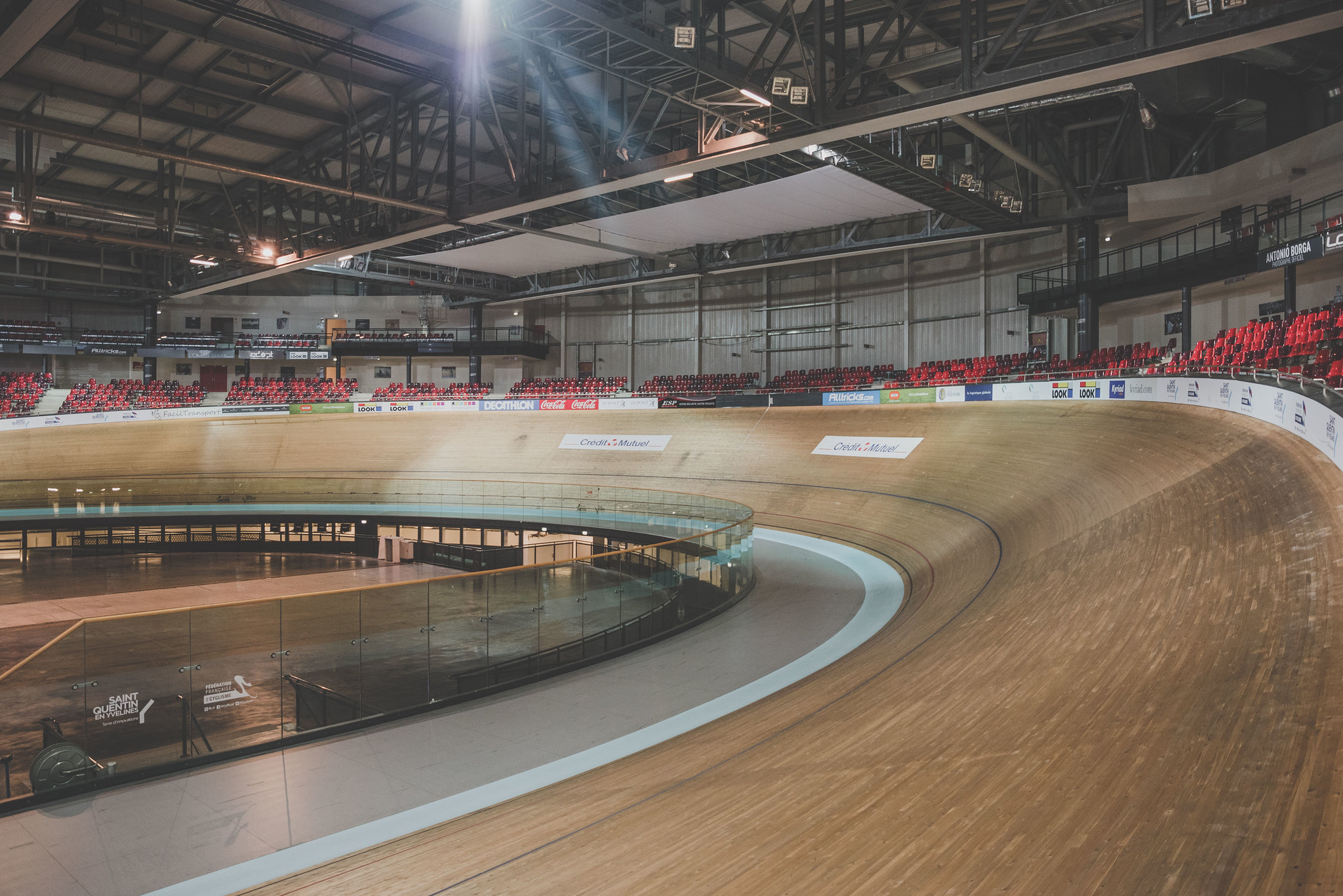 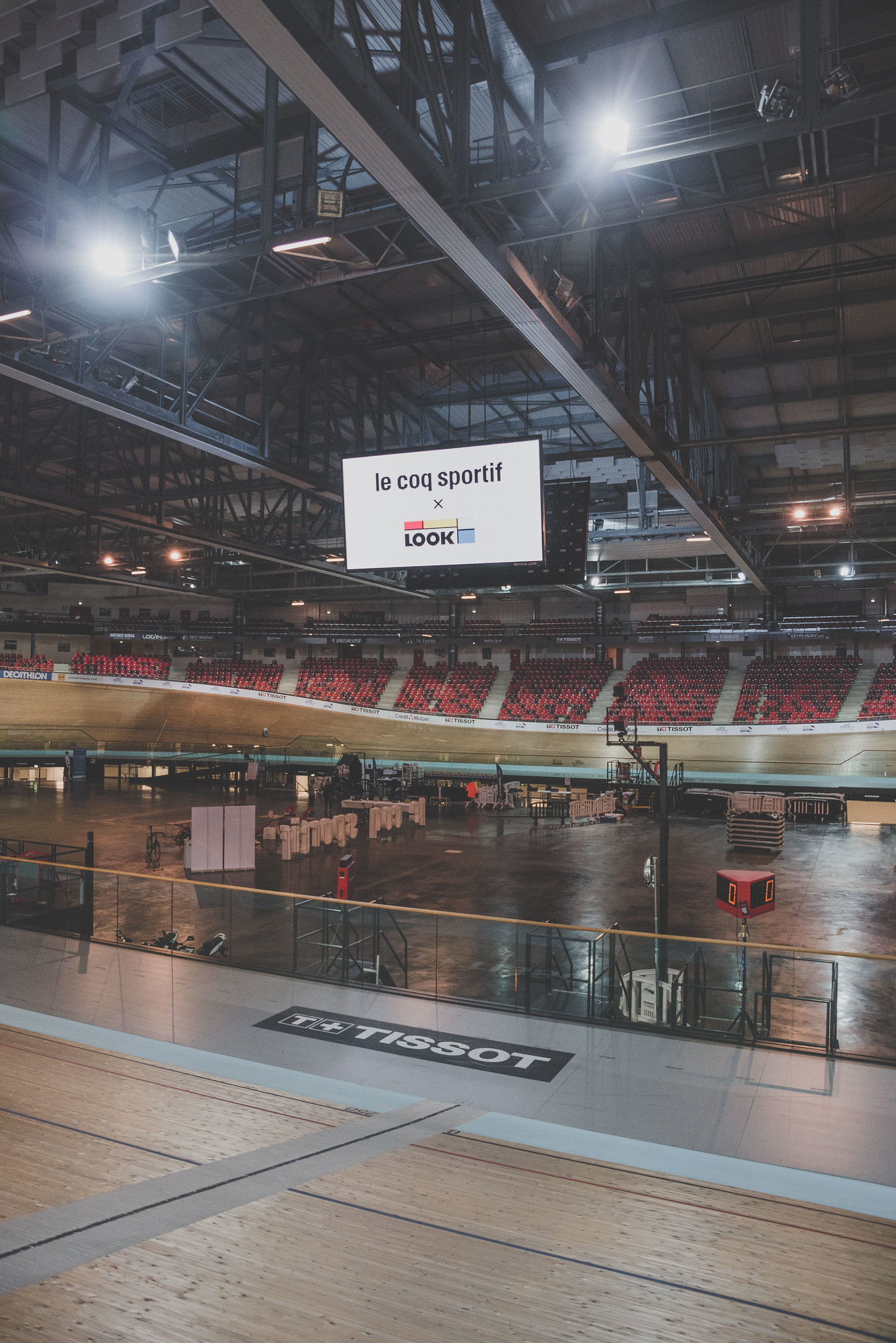 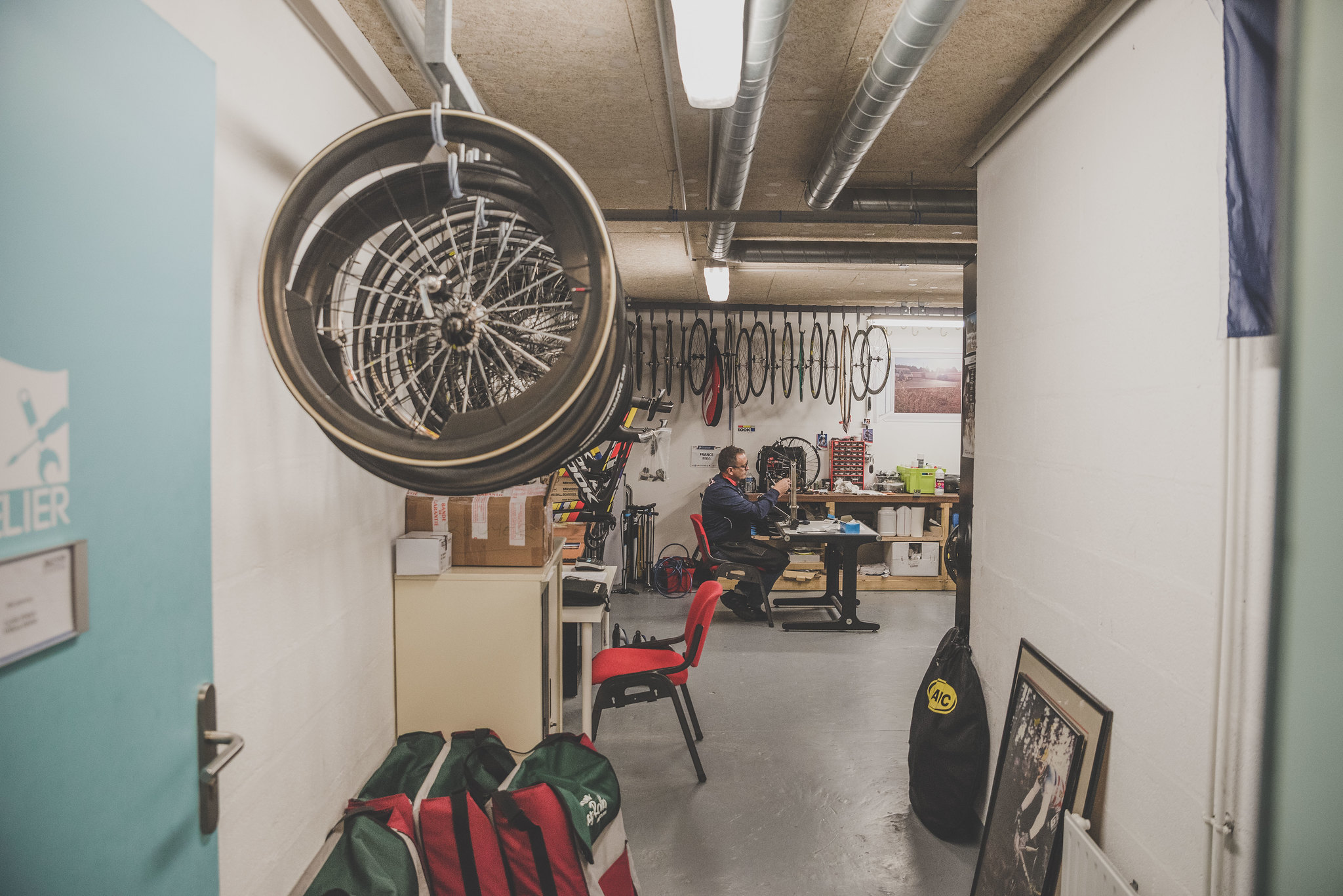 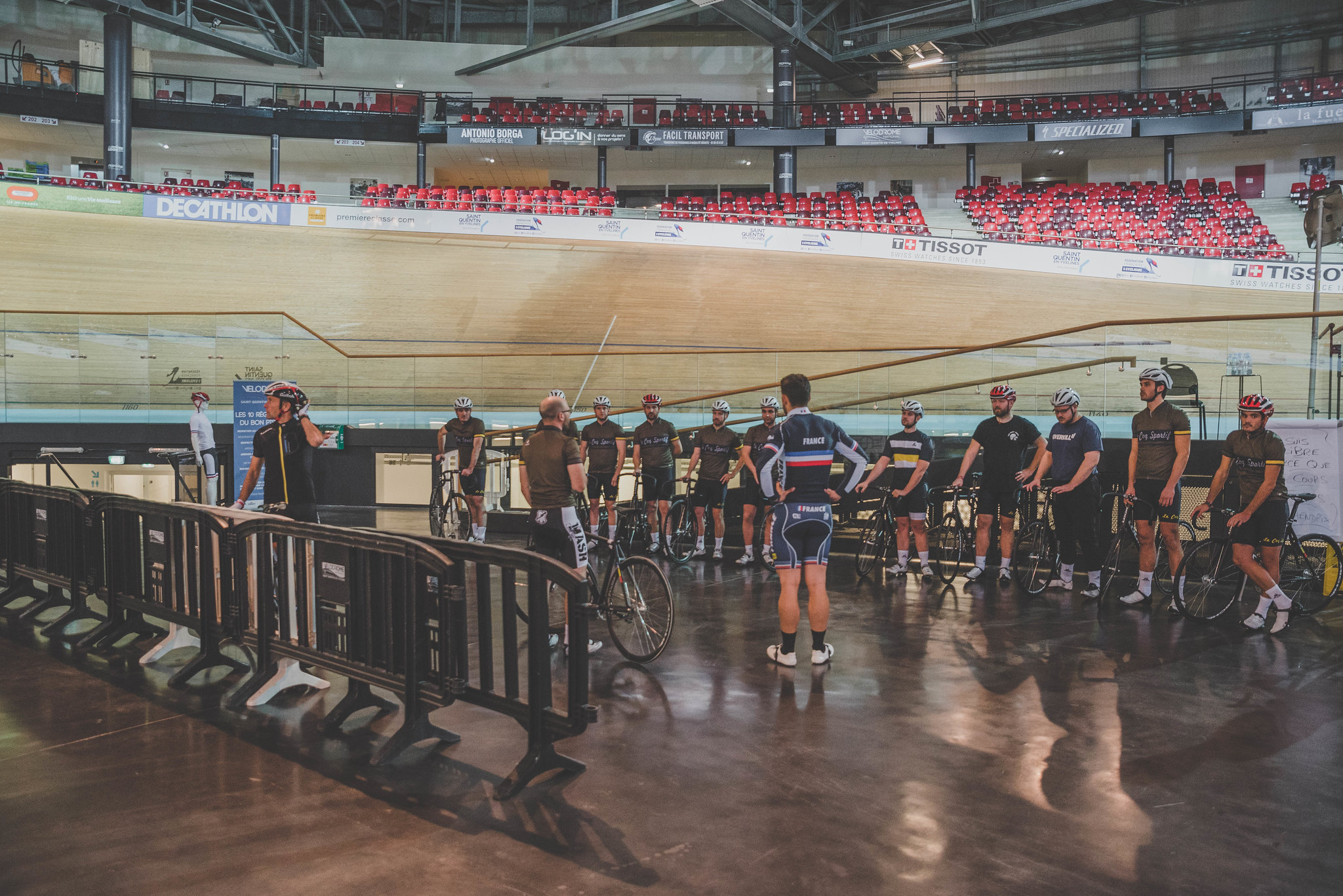 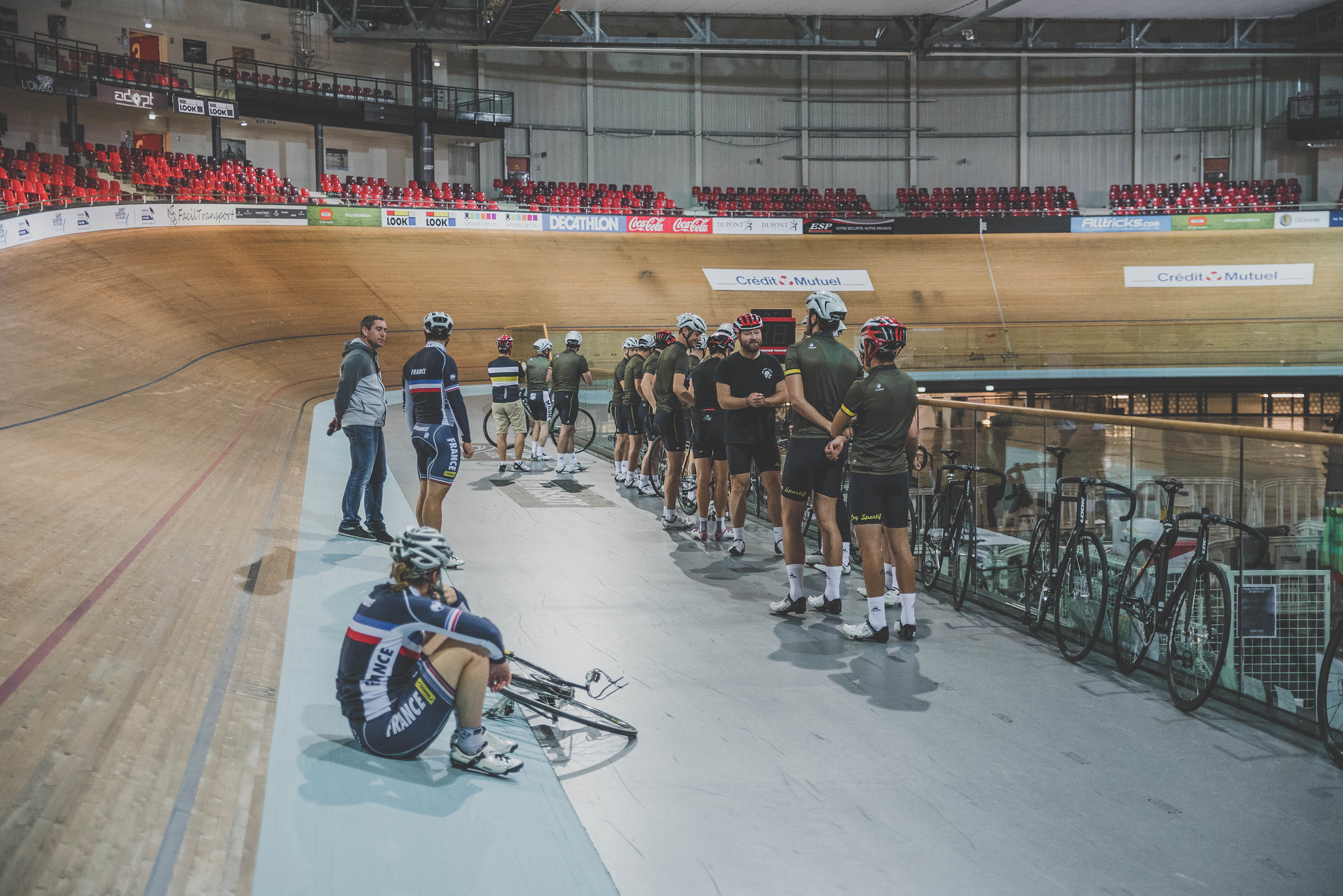 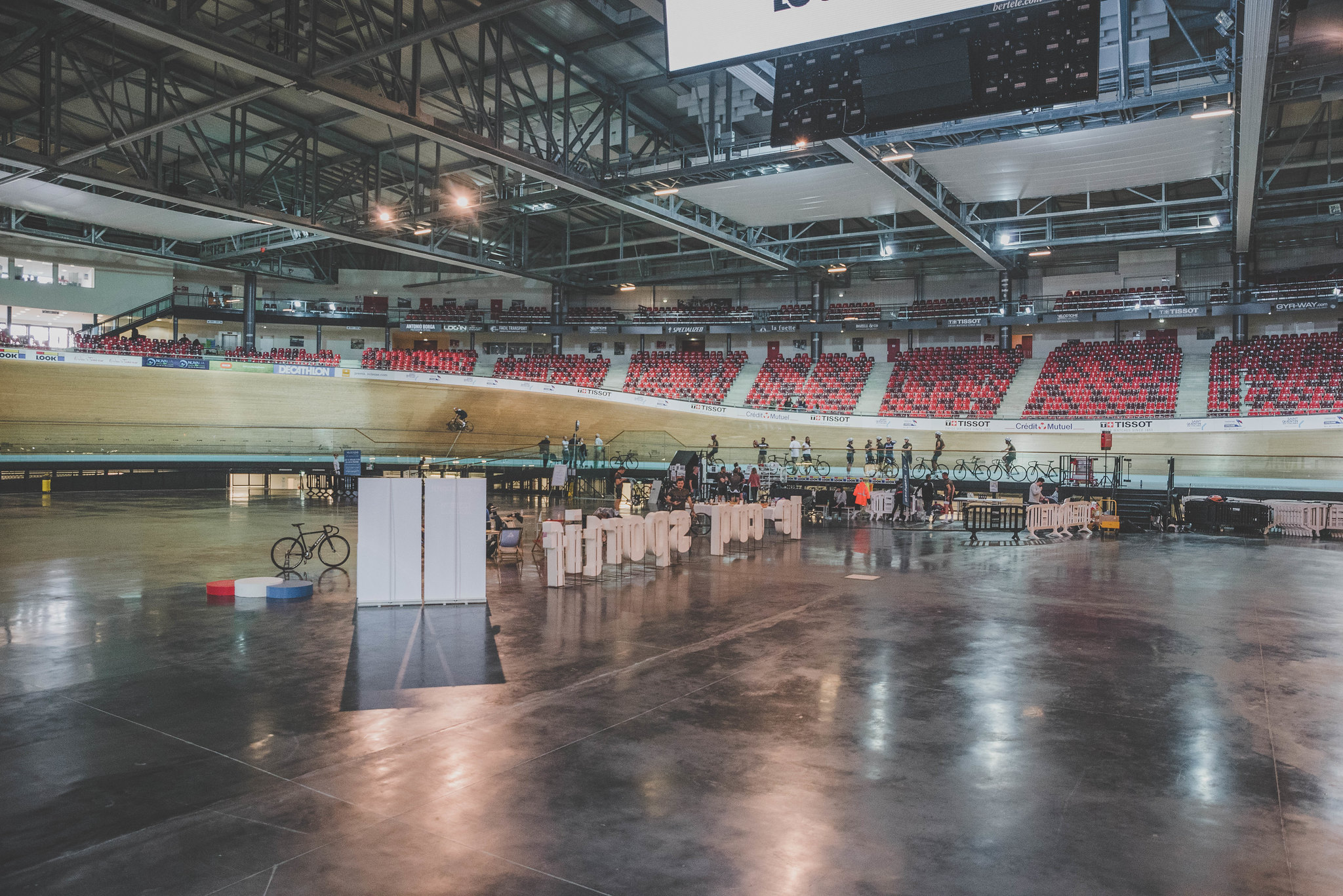